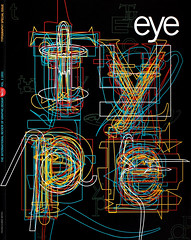 Reputations: Matthew Carter
Erik Spiekermann
“Type design had been seen as a brave but arcane business that requires a lifetime’s dedication. I’m happy that notion has gone”
Talking pictures
Michael Horsham, Rian Hughes
The comic book speech bubble has evolved into a highly expressive form of vernacular lettering
From Bauhaus to font house
Freda Sack, David Quay
Architype is a new series of Modernist typefaces. Is their reissue as simple as it sounds?
If the face fits
John Belknap
Well dressed magazines wear tailor-made fonts. Eye talks to three of the most sought-after names 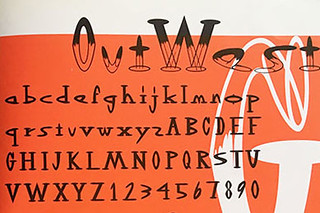 The rules of typography according to crackpots / experts
Jeffery Keedy
The director of graphic design at California Institute of the Arts challenges received wisdom and offers some ‘rules’ of his own
Both ends burning
Rick Poynor
Fuel is a magazine, a design team, and a four letter word. Their style is tough, but ambiguous, too
Word art
Abbott Miller
In post-war art the visual and the literary have blurred. Typography is the point at which they meet
Let the object speak
Robin Kinross
The work of Dutch designer Karel Martens is rooted in materials rather than the ravishing image 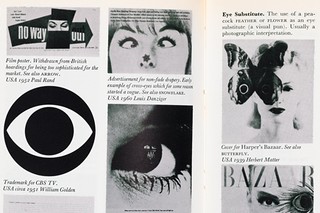 Pentagram: The Compendium
The Alphabet Goes Multimedia: Type at the End of Print of the 20th Century