What next for AGI? Outgoing and incoming presidents Nikki Gonnissen and Dean Poole talk to Eye about their graphic design ‘club’ 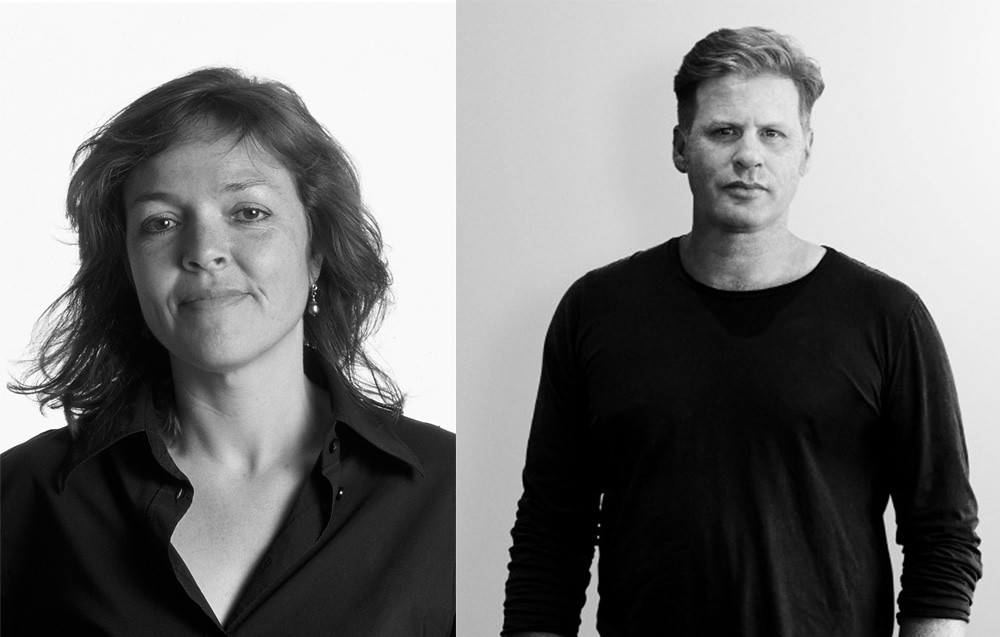 This week, the Alliance Graphique Internationale, aka AGI, has been meeting in Mexico City for the annual Congress and AGI Open, the former just for members, the latter a star-studded (and now sold-out) public conference from 28-29 September 2018.

AGI’s presidents serve for three years at a time, so this is the year that Dean Poole takes over as president from Nikki Gonnissen. With Thomas Widdershoven, Gonnissen is principal of Amsterdam-based design practice Thonik, while Poole is principal of Auckland-based Alt Group. Eye spoke to both designers about the organisation’s ambitions. 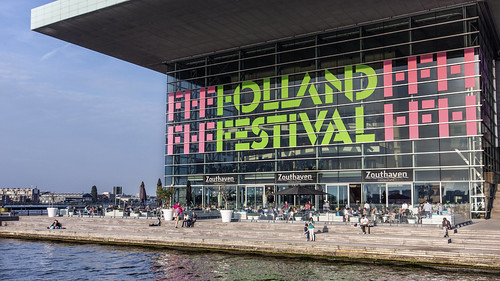 Thonik, Identity for Minding the Digital at Design Society in Shenzhen, 2017. 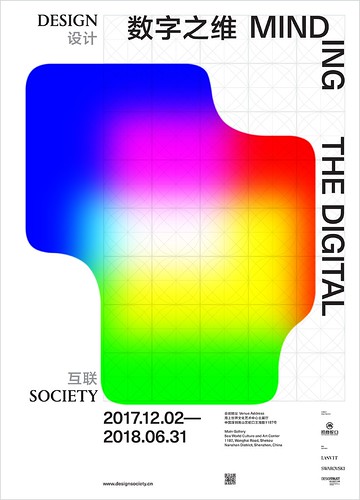 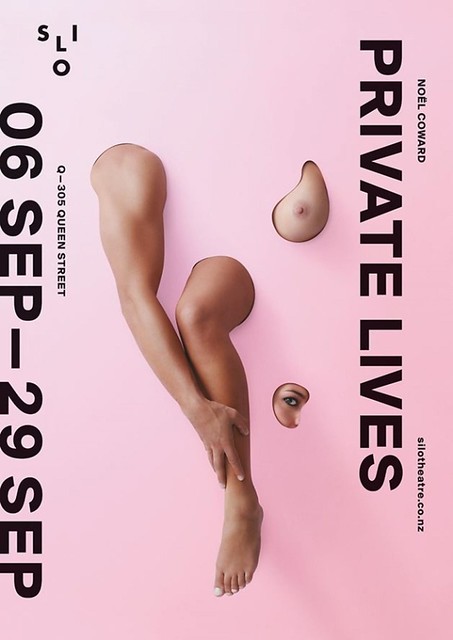 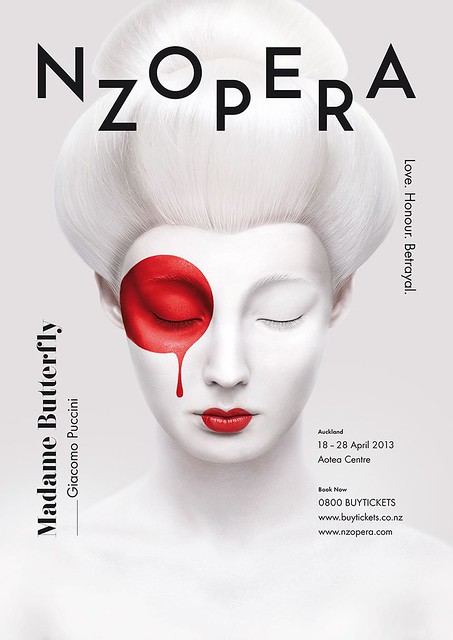 Eye: Nikki, when you became president, what expectations did you have?

Nikki Gonnissen: When I said yes, I didn’t really know what to expect. Of course, I spoke with Lars [Müller, the previous AGI president] a couple of times, and we discussed things, like I do with Dean now. But then your term starts and then you have to do it. And you have to formulate your own agenda and think of a way how to bring AGI to the newer generation, to the 21st century.

Eye: What were your first impressions of AGI?

NG: It’s really a friends’ club, not a graphic design organisation. We were thrilled to meet all those people and to see these generations from the 1950s, still there and being friends. And I thought we must extend this, and make sure that there’s more urgency to keep graphic design relevant. We have to do more than coming together once a year for a week.

Eye: What you say about it being a ‘friends’ club’ can be both positive and negative, since it can be seen from the outside as looking too cliquey. Yet, without friendship, you don’t have a cohesive group. AGI member Leonardo Sonnoli, for example, said when he was a new member that he was ‘in shock’ meeting people such as Wim Crouwel and George Hardie whom he had previously known only through books and magazine. Suddenly these are people you can have friendly discussions with. Yet you are dealing with a wider world that can be understandably suspicious of elites and cliques.

NG: Instinctively, I’m against being part of an elite group. Of course, I’m old, but I am quite young in AGI! One of the first things I wanted was more women … and to see if we could have people from more countries, so on the board we have Taku Satoh (Japan), Chris Ro (South Korea), Flávia Nalon (Brazil), Erik Brandt (US), Astrid Stavro (formerly Spain, now UK), and David Smith (Ireland), a global organisation. 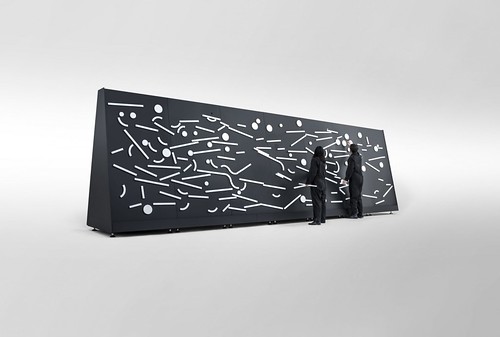 Eye: Dean, did you know about AGI when you were a younger designer?

Dean Poole: This is slightly embarrassing, but I do live on the bottom end of the world. So I didn’t know what AGI was. I was introduced to it by Andrew Ashton and David Pidgeon from Australia, when they asked me whether I would like to be put forward.

Eye: Were you the first New Zealander to join?

DP: Yeah. There’s now two of us, me and Kris Sowersby.

Eye: What possessed you to become president? Were you corralled into it?

DP: I didn’t apply, it’s something that’s asked of you. I run a busy studio of 32 people, so I don’t really need another thing on my plate. However, the experiences that I've had with AGI have kind of had a huge impact on me personally. I accepted the role to bring more attention to other parts of Australasian culture and the South Pacific, which is not widely known about.

Eye: Prior to AGI, had you had much contact with the international scene?

DP: Not the AGI network. I talked at Design Indaba and places like that, so I had bumped in to people there. The most rewarding thing is finding out the different visual cultures over time, and place, and that in the sense, it affects the way you look at your own design practice. New Zealand has a very young design history. It has a visual culture from its indigenous people, but a lot of our design culture was kind of imported by ways of living and being from the motherland.

Eye: Was there at point at which you just felt you could relax and be yourselves?

DP: It’s still under investigation to be honest! In New Zealand, most of our clients survive through export. Through that lens of exporting, we probably want to differentiate ourselves, so a lot of discussions are about what defines New Zealand design.

Eye: So there’s a kind of business case for investigating identity as well as a cultural one.

DP: Most definitely. AGI member Kenya Hara talks about culture as a resource … your intent and sentiment changes because then you have to decide how you will use that resource. How you will maintain it, how you’ll preserve it and also how you’ll evolve it.

Eye: Do other AGI members feel the same way?

DP: We have different ways of viewing it, but AGI is a coming together of visual cultures from different places. We want to grow the group in to new regions like India, so we’re making a conscious effort to do that. There have been a lot of discussions about setting up mini-AGI Opens, like the one in India in November.

A selection of images from AGI Open conferences in São Paulo, Seoul and Hong Kong.

Eye: At AGI Open in Paris, there seemed to be a lot more designers from the Far East. Did you make a conscious effort to invite or encourage?

Nikki Gonnissen: Yes we did. We really had to make a stance, to be inclusive and reach out to the world. We also need to professionalise. So there’s two sides. It’s a friends’ club. That’s important. But we are serious, and we want to become more relevant in the world, looking for new countries. When I went to Seoul, my first AGI conference in 2016, there was such an energy there. Since then, a lot of new Korean members came into our club, young members. We also have Taku Satoh from Tokyo, and he has on it his plate to look out for the Asian world and India.

Eye: Dean said there is going to be a mini-AGI Open in India.

Eye: Is that the first time this has been done?

NG: Yes. In November after Mexico we will go with a smaller group to Pune, in India, for a two-day event. We will be there for a week, so we will talk to the students and introduce AGI to India and see if we can make new friends. Taku visited a couple of cities, and Pune had a big design education connection.

Eye: Do you have other similar things in the works?

NG: We think there will be more. Seoul is interested, again, and Bangkok.

Eye: Do designers from Europe take AGI seriously as those in the East?

NG: When they see what’s going on in those countries, I think they have to. I can see it in the Dutch group, which is organising AGI Open next year. I also saw it in the French group last year. It was an effort by a couple of people who felt the urgency because of the Paris attacks [2015]. It can be difficult to organise these big events in Europe, because designers can feel a bit like, ‘Okay, we’ve seen it, we’ve done it all.’

Eye: There are so many design events … do you feel a pressure to show your difference more emphatically?

NG: Yes, and Paris was a good example. 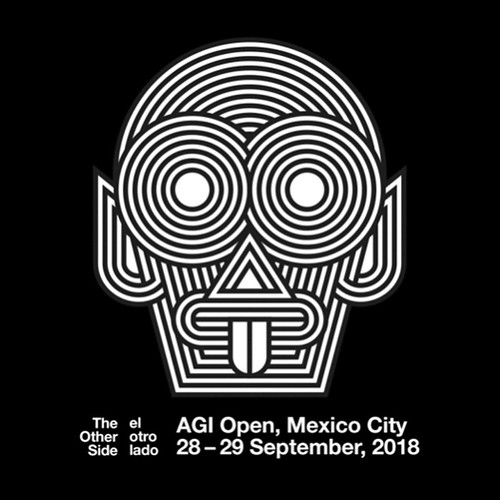 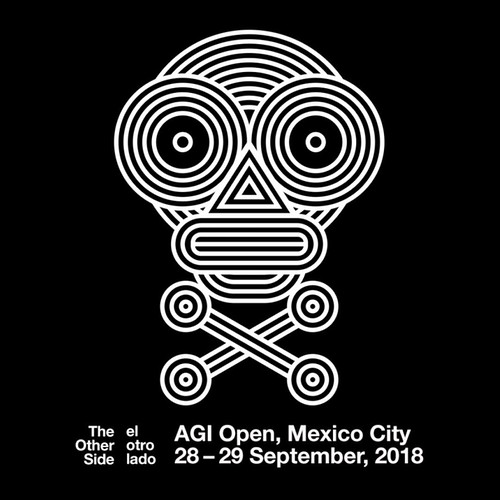 Eye: I was impressed by the Flaminguettes, from Mexico City, who are some of AGI’s newest members. When was the decision taken to hold the 2018 AGI Open in Mexico?

NG: The Congress was [originally] meant to be in New York. I was talking to Paula Scher and to Jan Wilker, the United States AGI president , and they were saying, ‘Oh gosh, we cannot do it.’ With Trump still in charge, they didn’t feel AGI could invite friends from Iran, for instance. So, I said to Jan, ‘Let’s make a stand … why not jump the wall and go to Mexico?’ and he said, ‘That’s a brilliant idea, let’s do it.’ The Mexicans were so pleased, and they bravely chose for the theme ‘El otro lado’ [The other side].

We really want to have deeper themes, not only showing portfolios, but discussing topics that are necessary. We want to embrace all people and nations. This President [Trump] wants to build actual walls between nations and people. And design is a language that transcends these horrible things. We were hoping we could do a collaboration between Mexico and the United States. But the Mexicans are in the lead, because they’re very proud of their very super rich culture, and we have to show that to the world.

Every year in Congress there is an educational focus, and of course a lot of AGI members are also educators. So education is one of our four pillars: heritage, education, social issues, and new technologies. For education, we have now in our board Chris Ro, from Seoul. He is exploring and building an education platform that will be linked to our website. But first of all, we had to rebuild our website, because that was old. We had to become visible on social media. I want the website to not only show portfolio work of members, but become a platform for debate about design. But that’s in the future for Dean.

Eye: So these four pillars are going to become much more explicit in the way you present yourself to the world? 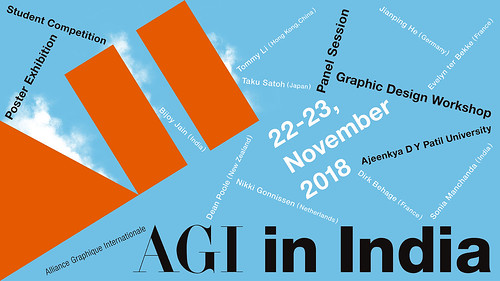