‘It was always my idea to get across complex or difficult subjects to a wider audience. That’s what visual people like us can do.’ 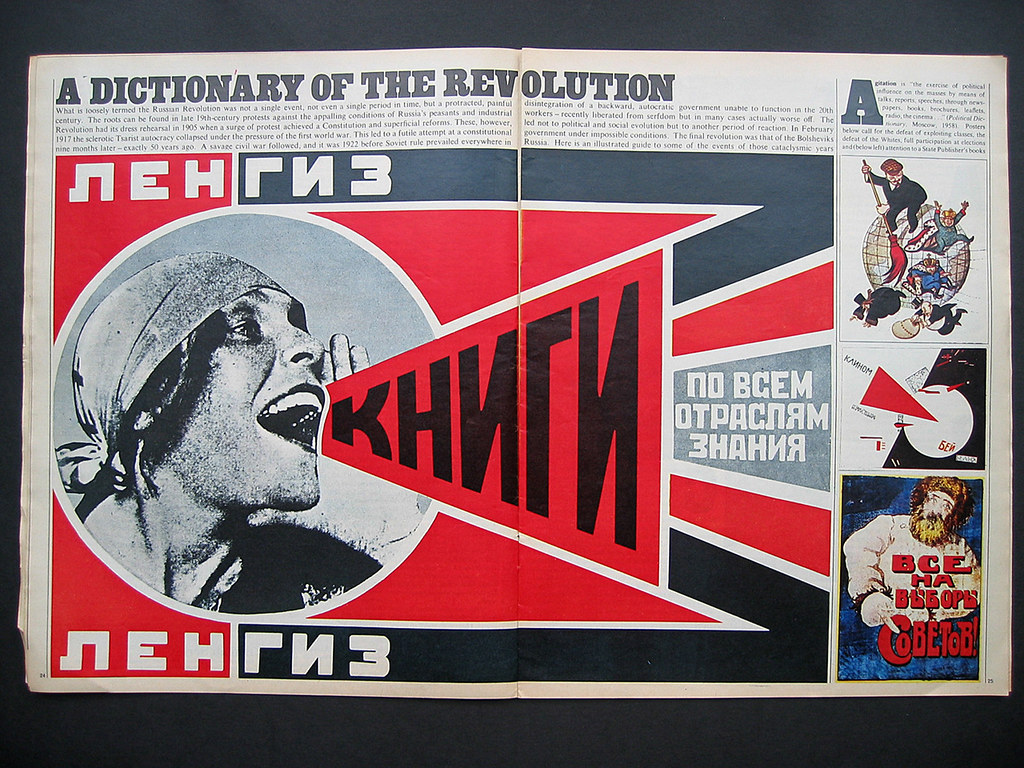 British designer, author and archivist David King died on 11 May 2016.

Here are a few reminders of his many achievements, plus links to articles (in Eye and elsewhere) about the influential man and his work, including Christopher Wilson’s Reputations interview in Eye 48. 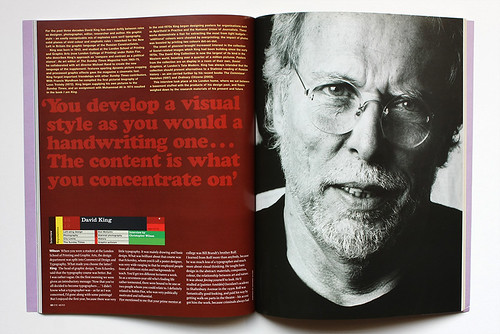 Mike Dempsey, who interviewed David King for Design Week in 2001, has published a revised version of his article ‘King of Kings’ on his Graphic Journey blog.

William Grimes wrote this obituary for the New York Times.

Richard Hollis’s obituary for the Guardian was published on Saturday 28 May 2016, and appeared online the previous Wednesday.

We have re-published Rick Poynor’s 1998 article for Print magazine, ‘David King: Books of blood and laughter’ on the Eye blog – thanks to Rick for providing this article, which also appeared in his book Obey The Giant.

More links at the foot of this page. 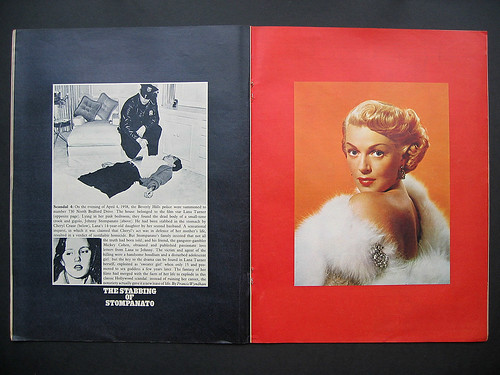 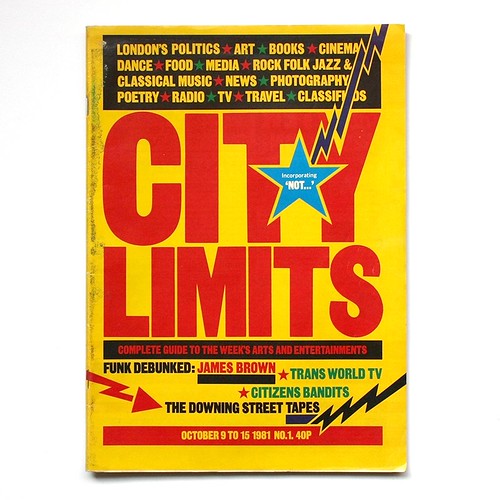 Spreads from the Reputations interview with David King, Eye 48, 2003. 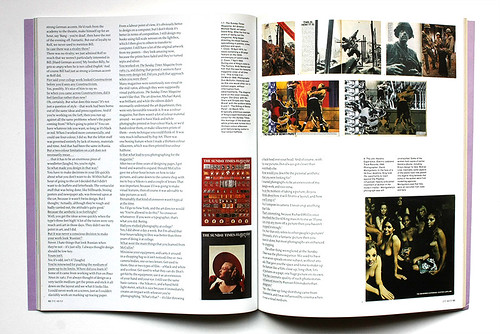 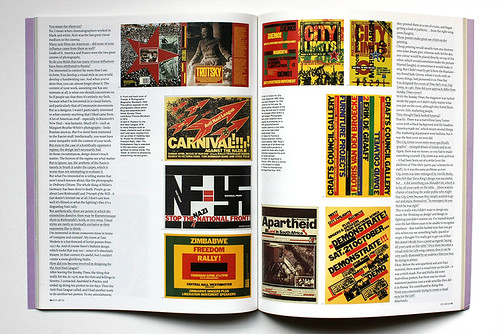 Cover of John Heartfield: Laughter is a Devastating Weapon, reviewed in Eye 91. 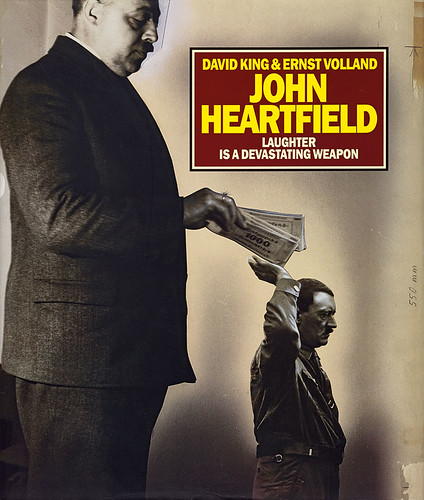