Bloomberg Businessweek’s ‘Election special’, packed with striking infographics, shows there is still space for innovation on the newsstand. 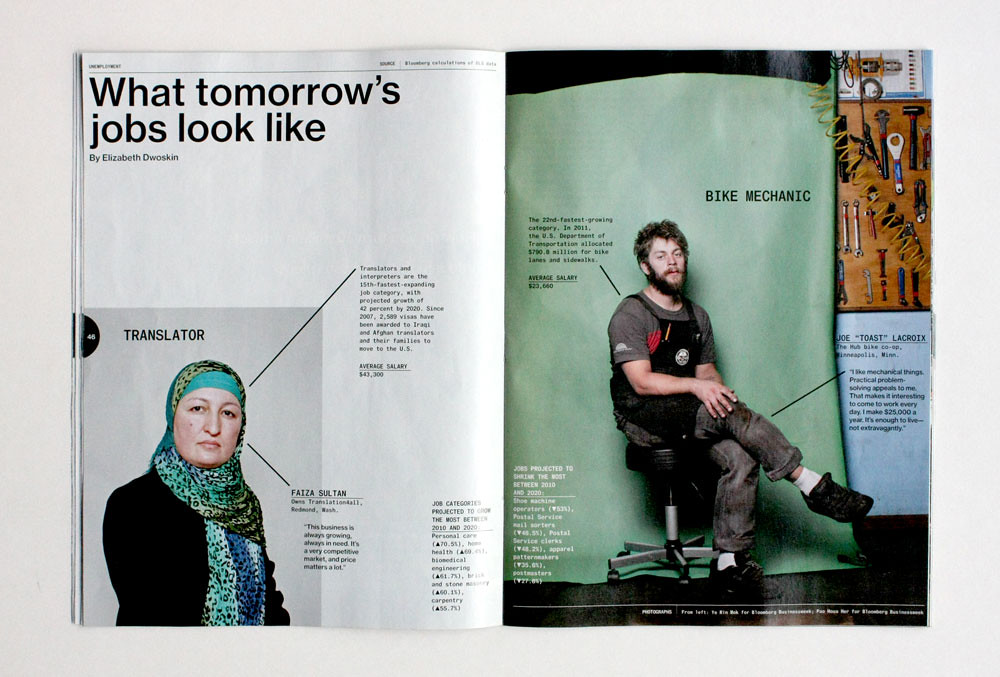 The latest edition of Bloomberg Businessweek is an election special, packed with the kind of stimulating editorial information design we have come to expect from the team led by Richard Turley. 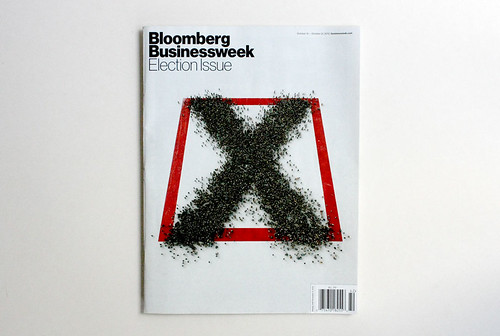 The tone is set by Justin Metz’s striking cover image (above) and kicks off at an impressive pace with the ‘state of the nation’ spread (below).

‘The state of the nation’ on the day of Obama’s inaugural address in 2009. 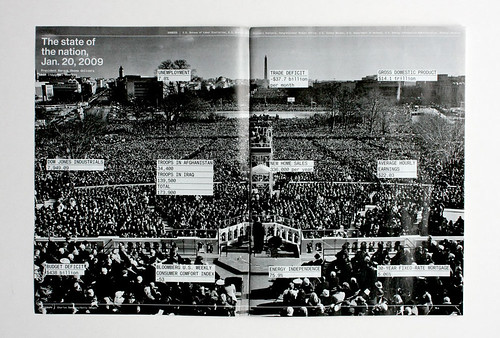 Casting of their normal typefaces and grids, Turley and his colleagues have embraced default fonts and and a ‘designer-meets-PowerPoint’ graphic style that adds urgency to a fact-packed issue of one of the most experimental weeklies on the newsstand. 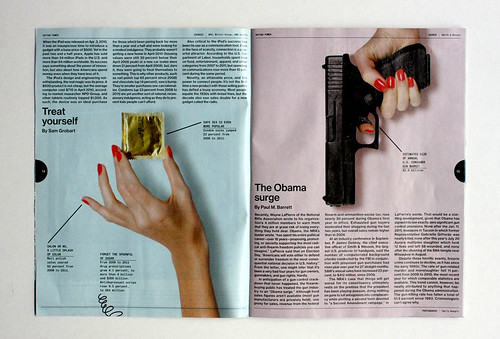 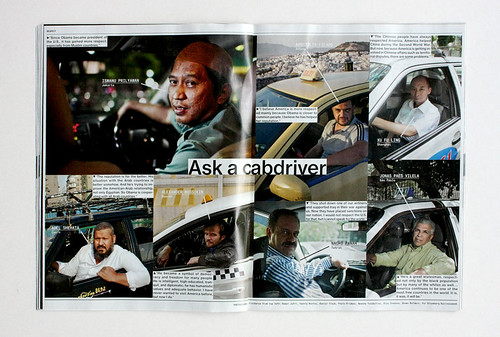 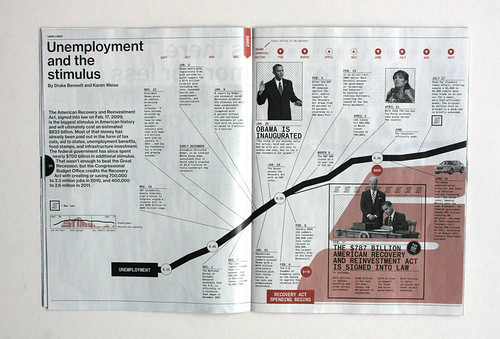 Other highlights include a six-page, two-colour timeline of ‘Unemployment and the stimulus’, with its smart use of news and stock images (above) and the overhead images (below) used to show how prices have changed since Barack Obama took office.

In a week when Newsweek has announced that it is quitting print, Bloomberg Businessweek continues to prove that there is still space for innovation in putting ink on paper. 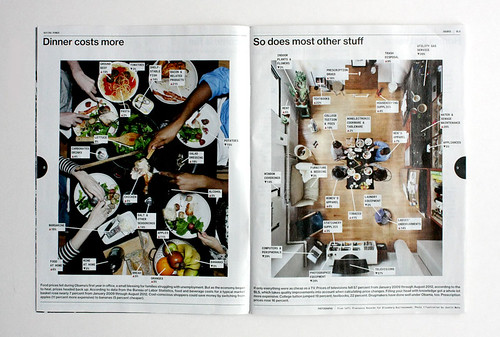