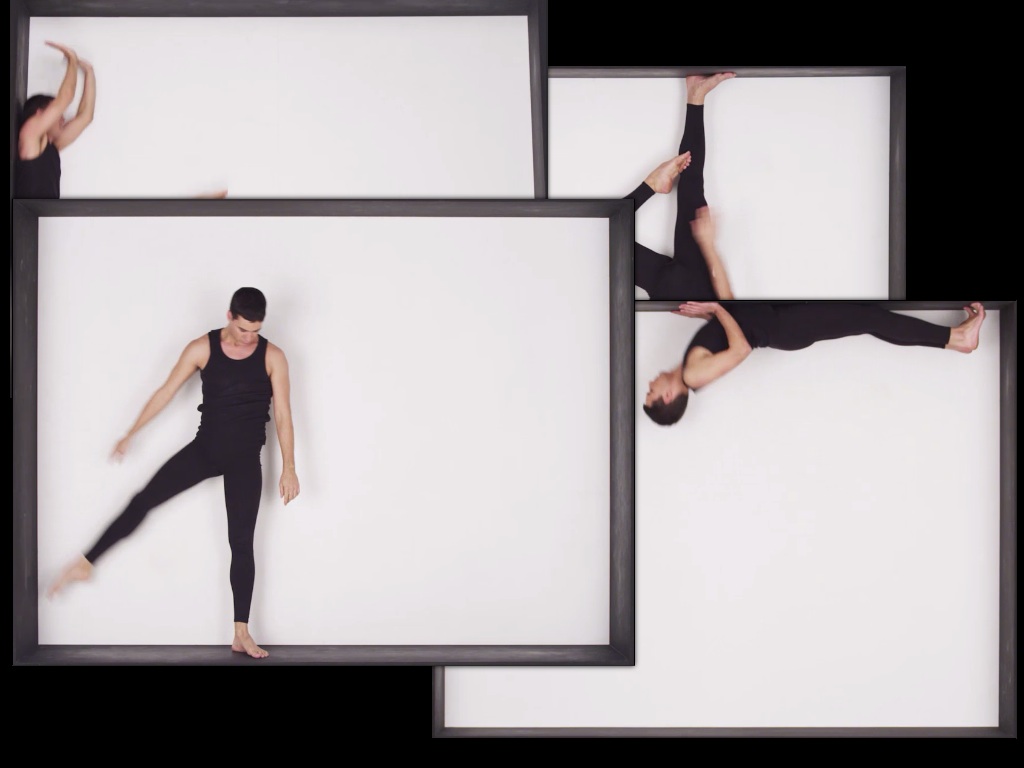 Choreographer and contemporary dancer Jonah Bokaer moves with ease from edge to edge as the camera pirouettes around a central axis and flips the black-rimmed, iPad-proportioned ‘stage’ on its head. 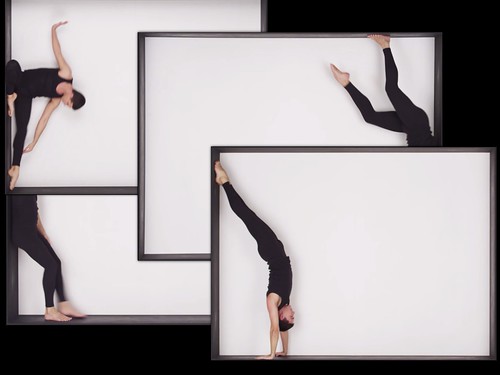 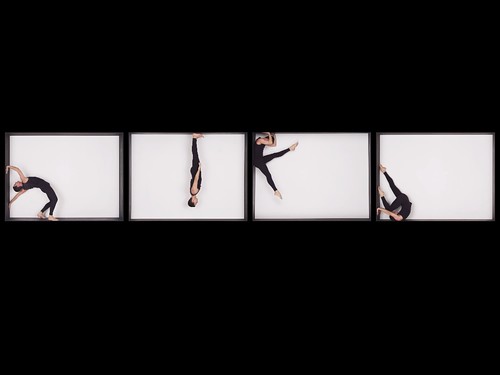 The app user can switch between preset screen-modes (above and below), or interact intuitively with the performance space, moving the four frames around the iPad’s surface. 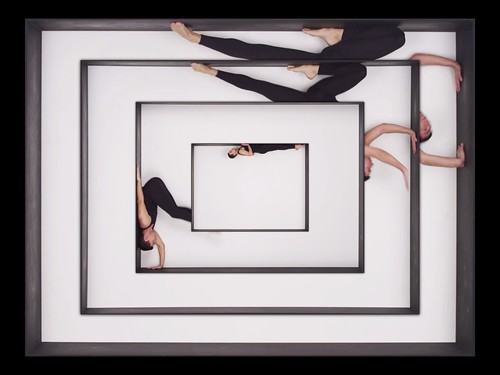 Tap the iPad screen twice and a single performance fills the space. 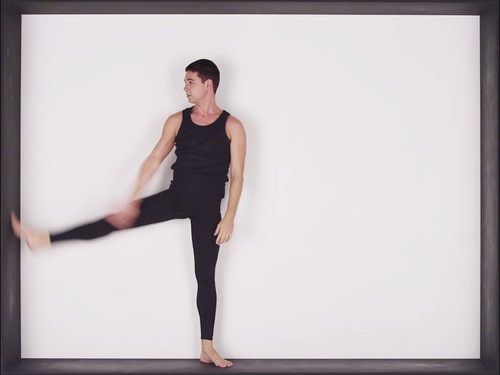 Fifth Wall also makes use of the iPad accelerometer: as the user moves, so does Bokaer’s performance. (See article on Pentagram’s website for further details.) 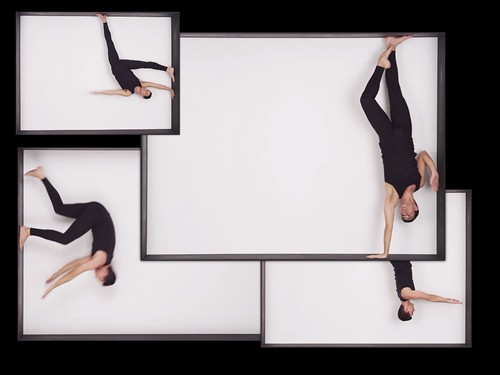 While parts of the choreography begin to repeat themselves, the variety provided by the different pinch gesture capabilities and screen modes make this app quite compelling, and difficult to put down.

Below: more about Fifth Wall on vimeo.

Fifth Wall’s score was co-composed by Eric Beach, Josh Quillen, and Jason Treuting of So Percussion.

See our ‘Reputations’ interview with J. Abbot Miller in Eye 45.

Eye is the world’s most beautiful and collectable graphic design journal, published quarterly for professional designers, students and anyone interested in critical, informed writing about graphic design and visual culture. It is available from all good design bookshops and online at the Eye shop, where you can buy subscriptions and single issues. Eye 82 is out now, and you can browse a visual sampler at Eye before You Buy. Eye 83 is now being bound.