Spirit of the Paraná 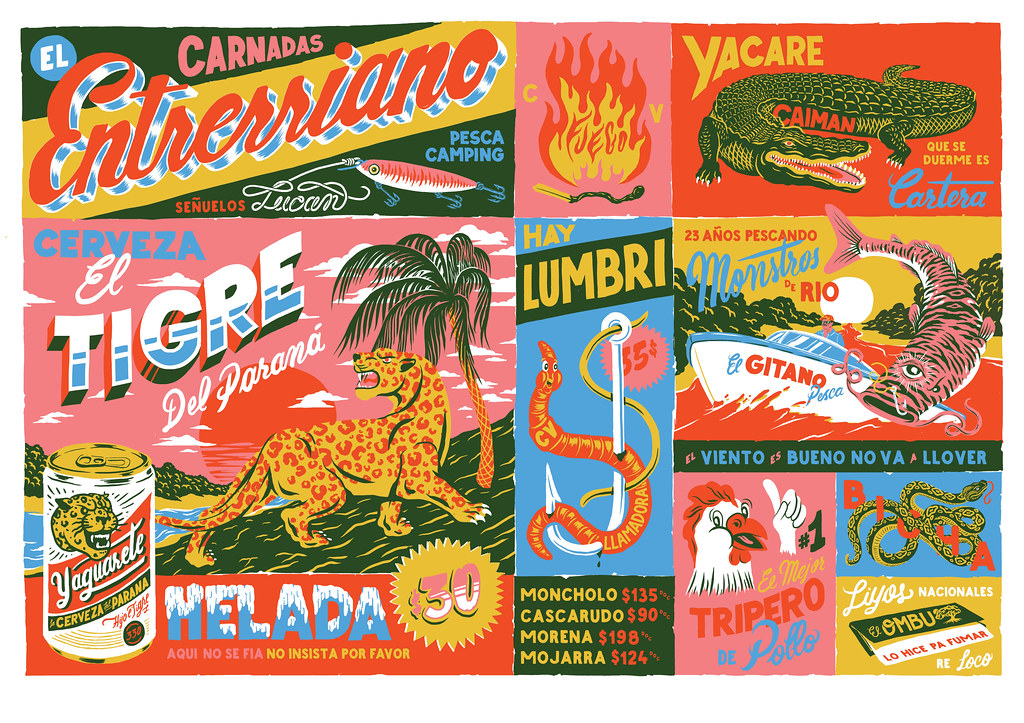 Berry Rhys is an avid fisherman and surfer, and his work features ‘river monsters’ such as the yacare caiman, mojarra and eels, plus snakes and jaguars, all creatures native to the northern regions of Argentina. His work was shown in ‘Live Bait’, an all-too-brief exhibition at London’s Coningsby Gallery in late June 2019. 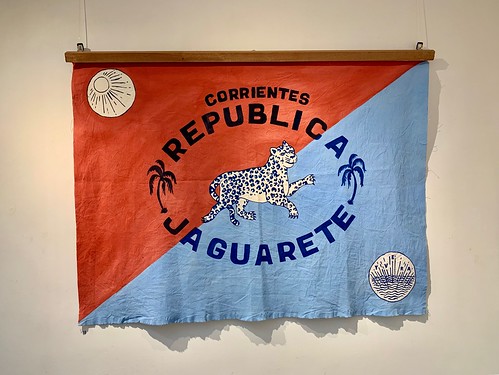 ‘Live Bait’ included a selection of risographs, screenprints, original paintings and several three-dimensional works in the form of flags, tapestries and mock big game trophies of jaguar heads that teem with energy and bright colours. 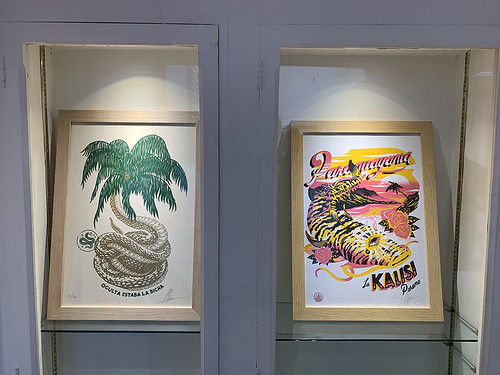 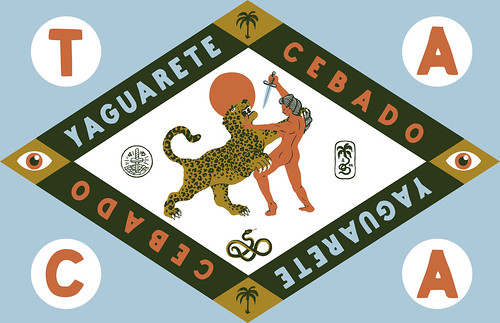 A common feature in his work, both in this exhibition and more widely in his commercial work with clothing brand Revolver and others, is the depiction of Sypave, from Guaraní creation mythology. Sypave is the ‘Mother of the people’ and an Eve-like figure – she is the daughter of supreme God Tupã, and she and Rupave, ‘Father of the people’, are said to have populated earth with three sons and many daughters. 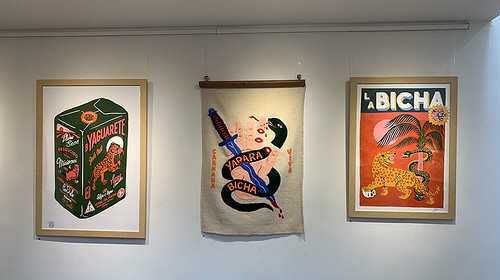 For the fabric-based works, Berry Rhys teamed with the people behind concept store Facon and with skilled artisans (such as Rosa Ines Andrade from Tinogasta in the Catamarca province in Northern Argentina), who interpreted his work through their medium of choice. Berry Rhys reflects on this collaborative experience by saying that ‘opening the dialogue between my work and their crafts has been highly enriching.’ Some of his designs were compositionally adjusted and colours were changed based on taste and material availability, but to Berry Rhys these discrepancies bring flavour and enhance the collaborative exchange. 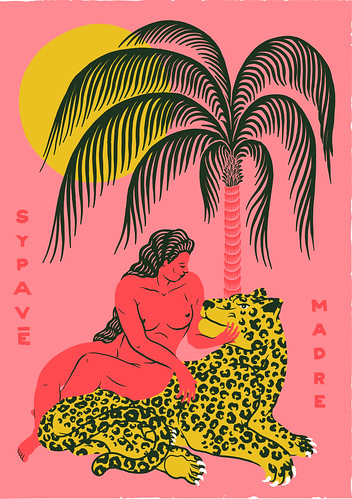 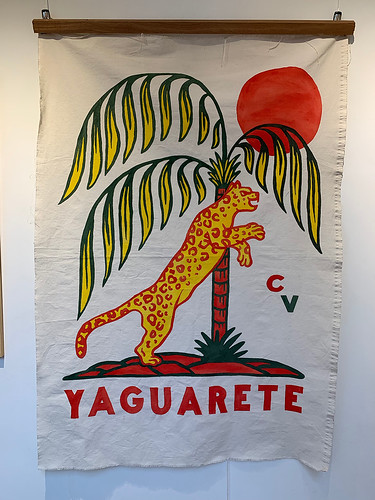