Ideas to the fore 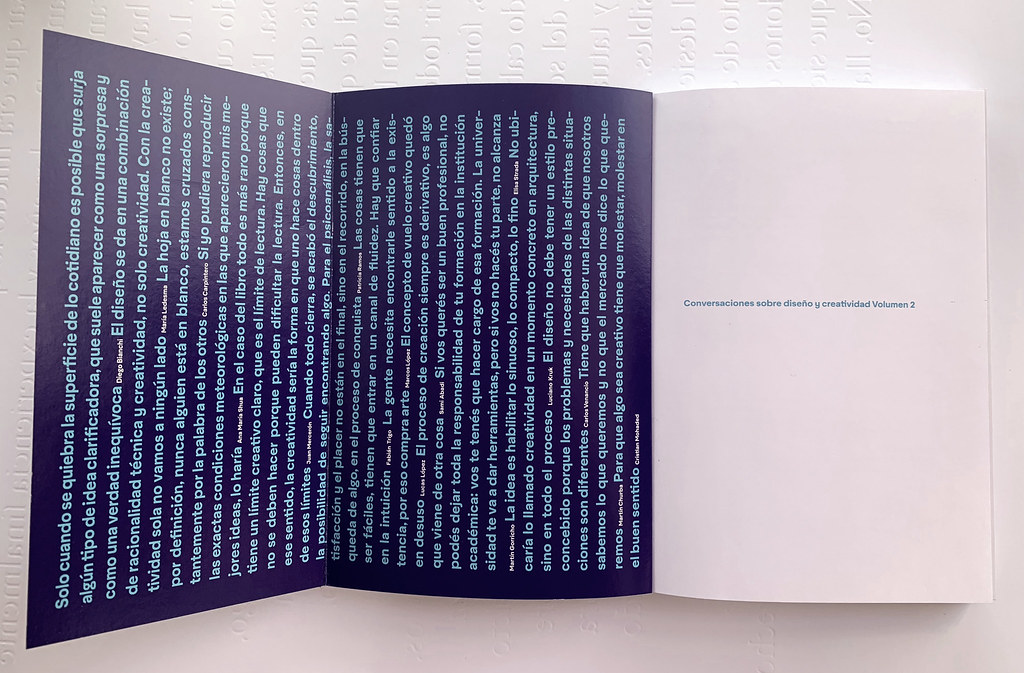 Books about Argentinian design are rare, as are books that more broadly consider and contextualise Latin American design for readers within or outside the region, writes Sarah Snaith.

For both designers and educators alike, this can pose problems. Educators struggle to compile critical texts on graphic design in the Spanish language that are directly relevant to the student experience; and Latin American designers who have not relocated (say, to the US or Europe) are often overlooked in books that survey the history of graphic design.

Typography and type design magazine tipoGráfica (1987-2007), edited by Rubén Fontana (the subject of ‘Pay it forward’ in Eye 98), is an example of the way Argentine educators have previously set out to serve their students and colleagues through publications. Editors Pablo Acuña, Ezequiel Cafaro and Natalia Pano have continued this legacy with Conversaciones sobre diseño y creatividad vol. 2, the second of three books that compile edited interviews and texts from some of Latin America’s most influential figures.

Volume One took the trio four years to compile and featured book cover designer Sergio Manela, architect and graphic designer Daniel Wolkowicz and art director and editor Fontana, among many other established practitioners who are part of the design canon in Argentina and / or are associated with graphic design education. 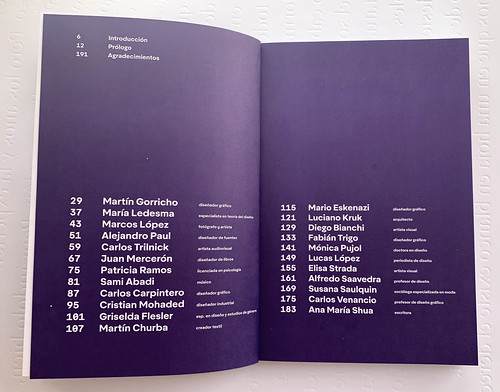 Conversaciones sobre diseño y creatividad vol. 2 looks more broadly at the ways in which other creative disciplines can inform design. In conversation, Ezequiel Cafaro says, ‘We expanded our concept of creativity and interviewed people from other backgrounds like chefs, musicians and dancers. On the third book, we are working on different things, like gender equality.’ Cafaro has a three-pronged career in design, writing and teaching; he feels that each creatively feeds another: ‘One point of the triangle is being a professor, the second point is being an author and the third is being a designer. I live in the middle of the triangle. I need to design to be a good professor, and to teach to be a good designer. And that relationship converges in three books.’

This section of the book brings together binary terms and contrasting quotes from interviewees: ‘Feminine, masculine’ is matched with pull quotes from Susana Saulquin, a sociologist specialising in fashion, and Griselda Flesler, a specialist in design and gender studies. 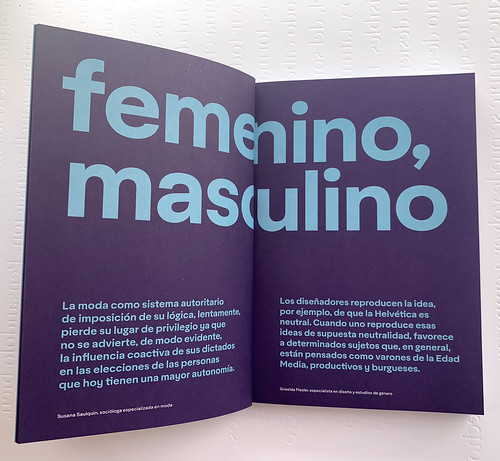 Opening spread for the chapter dedicated to Griselda Flesler. 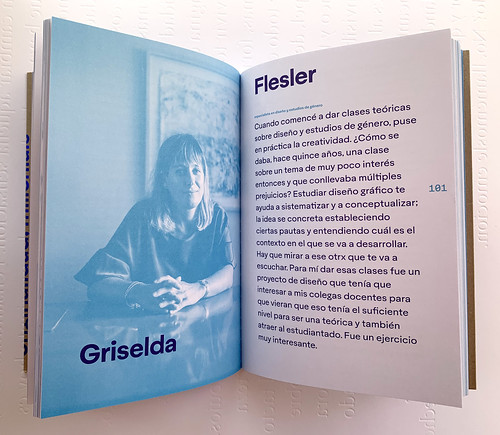 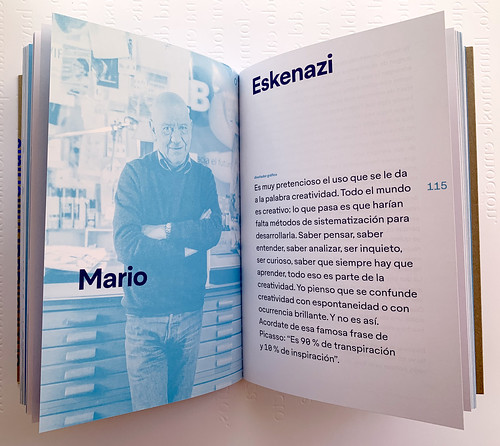 Mónica Pujol, a professor at Universidad de Buenos Aires (UBA) who holds a doctorate in design. 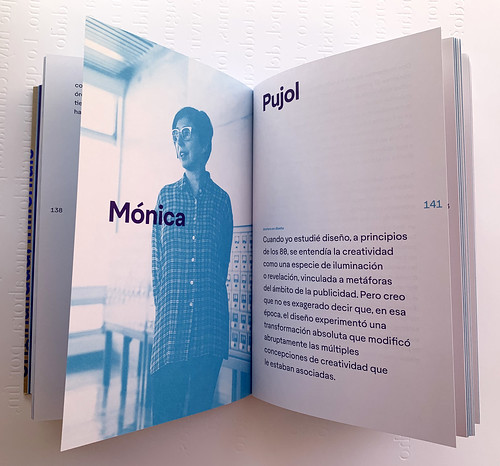 After an introduction to Conversaciones sobre diseño y creatividad vol. 2, where all three editors reflect upon feedback from volume one and their aims for this edition, there is a section that combines big type – phrases such as ‘work, leisure’, ‘dogma, ideology’ and ‘function, form’ – with pull quotes from interviewees such as editor Ana Maria Shua, visual artist Carlos Trilnick and graphic designer Mario Eskenazi. Trilnick’s reads, ‘Leisure is creative, so people should work less.’ Eskenazi is quoted as saying, ‘Originality is not going to be in the type that I use, nor in the colour, nor in the composition: it is going to be in the idea.’

The book is structured to offer different entry points and levels of engagement though the bulk of the book features narratives drawn from interviews with people such as Mónica Pujol who holds a doctorate in design; graphic designer Martín Gorricho who originally studied engineering; and sociologist Susana Saulquin, who specialises in fashion. The work of each of the 23 featured people does not appear; instead ideas are brought to the fore. Further visual research is left to the reader and the bountiful internet. 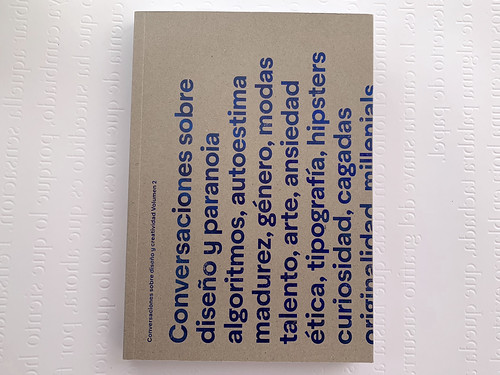 (For Spanish speaking readers, the introduction and three interviews from Conversaciones sobre diseño y creatividad vol. 2 are now available to read for free in PDF format.)