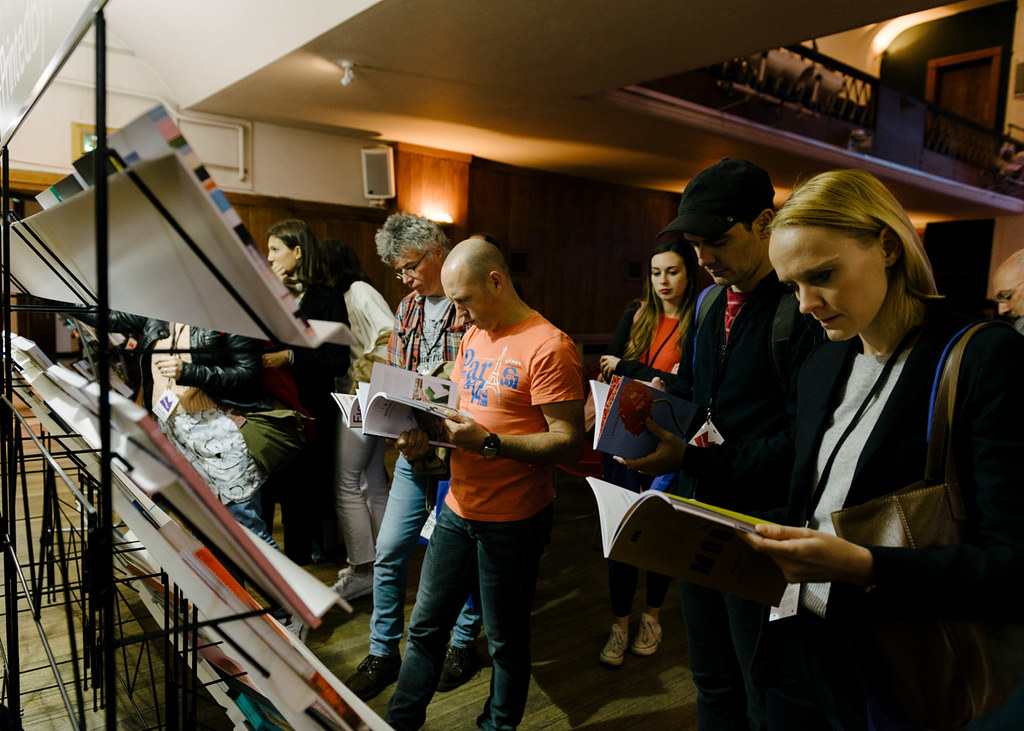 Writer and podcaster Liv Siddall kicked off the afternoon of the ModMag17 conference with a raw and comical look at her tenure as editor of Rough Trade magazine.

When the opportunity arose to create a monthly magazine for the Rough Trade record shop chain (with three stores in the UK and one in the US), Siddall responded to the vague brief by asking: ‘What if a magazine was a person?’ She enlisted the help of designer Bruce Usher and together – armed with a meagre £1000 per issue budget – they set about ‘documenting the shop, the people, the albums, the gigs and the patrons’ with the aim of bringing what happens behind the scenes onto the page – ‘boxes, Sellotape and passive aggressive messages in scrawled sharpie on all matter of surfaces’. 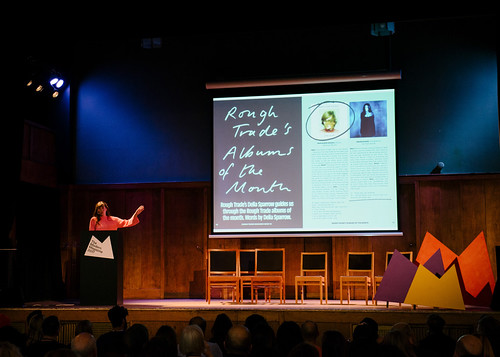 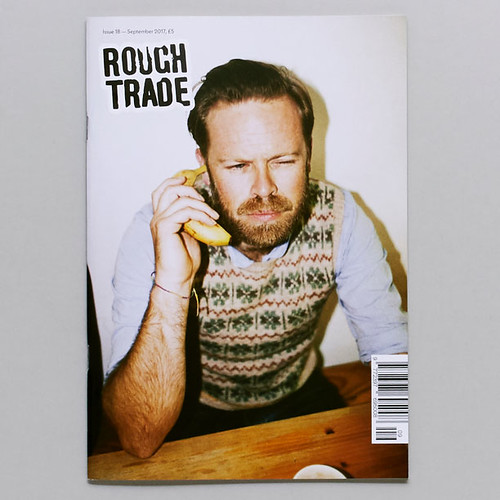 The financial limitations meant that content was generated and commissioned resourcefully and in contrast to other music magazines. ‘We filled the space by giving the content back to musicians.’ Siddall was grateful to discover that ‘bands love taking pictures of themselves.’ She initially faced pushback from store staff, but she persevered and forged friendships with fellow team members who ‘took greater ownership over the content – getting to see their name in print, and getting the opportunity to interview bands they liked.’ The story came to an abrupt end: after two years of hard graft, Siddall was made redundant on 29 August 2017 and Rough Trade magazine closed. 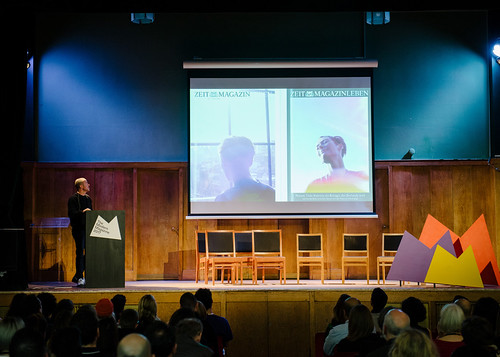 Mirko Borsche (Bureau Mirko Borsche) gave a fast-paced talk about the many magazines he designs including Zeitmagazin, Tunica, Spike, Kaleidoscope and Super Paper.

While talking about his ongoing work on Zeit, Borsche uttered this memorable mantra – ‘Brush it up every year and never redesign it’ – which offered a frame for viewing spreads and covers for the German newspaper supplement. 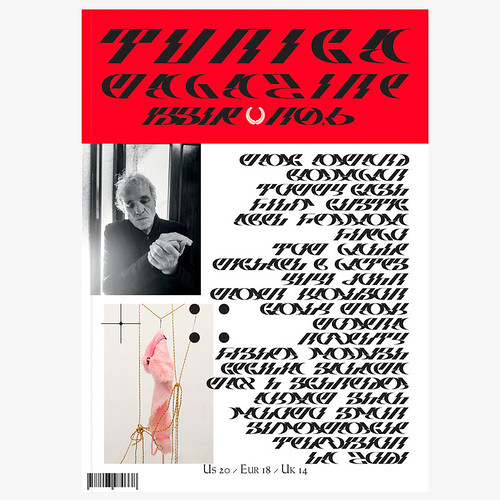 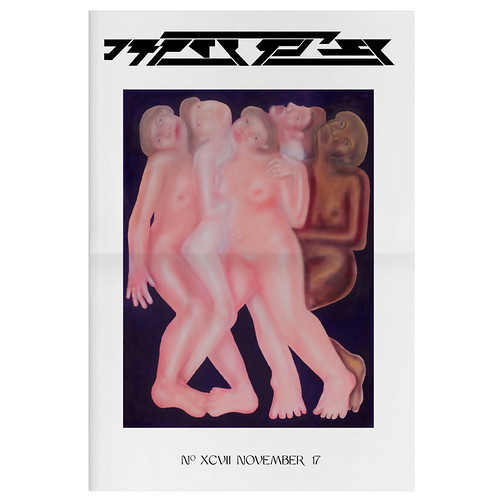 Magazines (and a book about a magazine) represented on the conference panel. 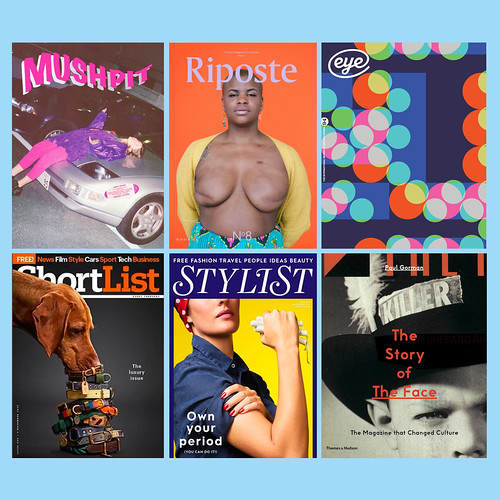 Chair Jeremy Leslie posed several questions to the panel such as ‘What is it about magazines that still excites you?’ Riposte editor Danielle Pender replied, ‘Indie content still has the opportunity to tell interesting stories. Have we reached peak indie? There’s something of a fatigue maybe but I think there’s still room to expand.’ Stylist and Shortlist art director Matt Phare pointed to the importance of ‘constantly changing it up’ and Eye editor John L. Walters answered in reference to the digitally printed variable data cover of Eye 94: ‘Digital isn’t just what happens on your smart phone.’ 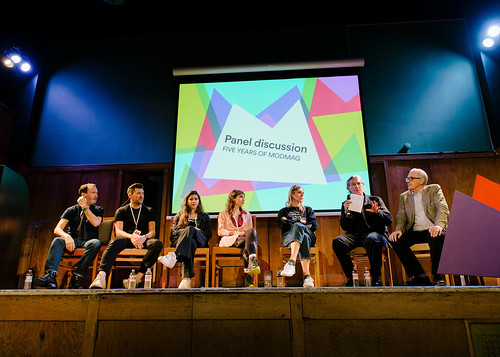 Francesco Franchi began his talk by briefly showing work from his previous post as art director of Italian newspaper magazine IL / Il Sole 24 ORE, which is also the subject of his 2016 book, co-authored with Christian Rocca, The Intelligent Lifestyle Magazine. (see Eye 93)

Franchi began his tenure as managing editor of La Repubblica by launching the weekly newspaper supplement Robinson, a culture supplement in the Sunday paper. Franchi discussed the shift from magazine to newspaper – a monthly newspaper magazine to a daily newspaper and weekly supplement: ‘The big change working at a newspaper is working with different software which is useful for rapidity but offers less freedom in terms of design.’ But he has found ways around these constraints, saying that he has been able to play with the form, facilitated by developing a wide range of set of templates built in the newspaper software. Franchi’s redesign of the paper launches 22 November 2017. 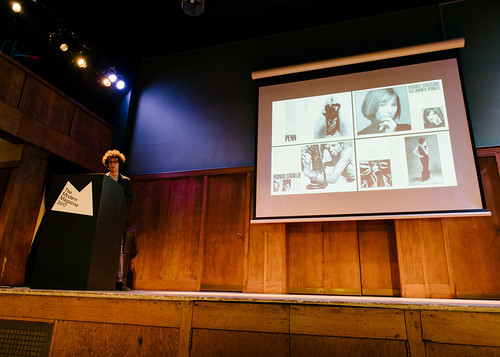 Blechman had a captive audience as he took conference attendees through a virtual tour (using his own drawings) of the New Yorker offices at One World Trade Center, which apparently ‘shifts with the wind – it’s very unsettling’. These illustrations maintained the mystery of the place but showed off its key quirky features such as the huge dictionary, placed on an easily accessible lectern like a bible, the current cover framed on the wall (a longstanding tradition) and the area for assessing content in ‘issue A’ and ‘issue B’ – all features that are largely foreign to small indie mag-makers.

‘This isn’t a magazine about design, it’s about longform journalism’, said Blechman. ‘The layout is pretty rigid and basically hasn’t changed since 1925 … These constraints puts a burden on the art, but I work with a tight core group of illustrators’ whose work gives each issue its unique appearance. ‘The fiction pages pose an interesting challenge for the design’ which use whole page illustrations or photographs and the magazine’s own typefaces.

Showing Nadav Kander’s portrait of Julian Assange, Blechman said, ‘We have an extremely strong photo department who use world class photographers. Yet people don’t think of the New Yorker for its photography.’

Nicholas Blechman’s talk continued with numerous other anecdotes and insights into his working life at the New Yorker including tales from the fact-checking department, the magazine’s ‘moral police’.

It was a fascinating and fitting way to end this year’s Modern Magazine conference.

Nicholas Blechman, art director of The New Yorker, showing a slide of elements from the weekly magazine’s style guide, including eccentricities such as the spelling of ‘coöperate’. 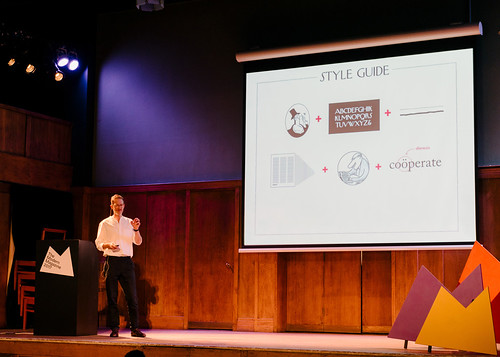