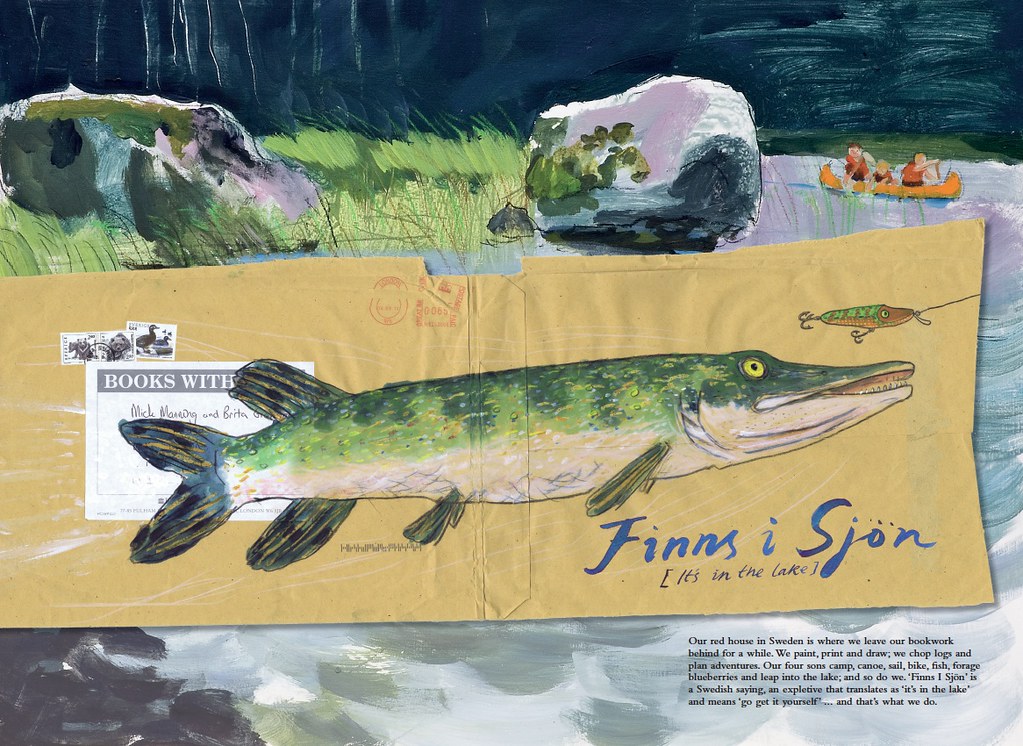 Here are a few things that recently caught our attention.

‘Talking Statues’ have been springing up all over London and Manchester. Illustrated maps shows 22 locations in London and seven locations in Manchester and actors such as Hugh Dennis, Ed Stoppard and Hugh Bonneville have prerecorded readings of work by Anthony Horowitz and Jeremy Paxton, among others. Each public statue has a QR code on it that can be scanned to receive a ‘call’ from whichever monument you are visiting – Sherlock Holmes in Baker Street, Isaac Newton at the British Library or Whittington’s cat in Islington. The project was inititated by not-for-profit Sing London, the people behind ‘Ping!’

Map for ‘Talking Statues’ designed and illustrated by Alice Roche. Top: spread from Random Spectacular no. 2 by Mick Manning and Brita Granström. 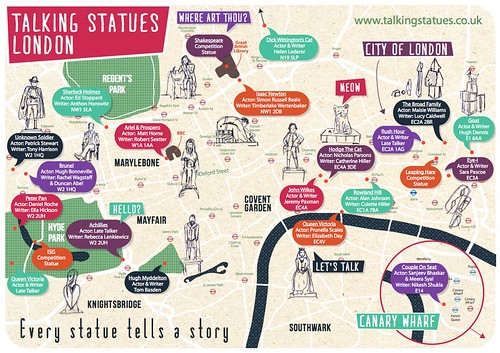 Large format magazine Random Spectacular launched in late 2011 (see ‘Noted #29’ on the Eye blog) with all profits going to Maggie’s Cancer Caring Centres. The next issue is on its way, with an impressive roster of illustrators, designers and writers donating their time to the project – including Jonny Hannah, illustrator Ralph Steadman, Eye contributor Catherine Dixon, Mark Hearld and Emily Sutton (among others) alongside founders Simon and Angie Lewin (St. Jude’s). 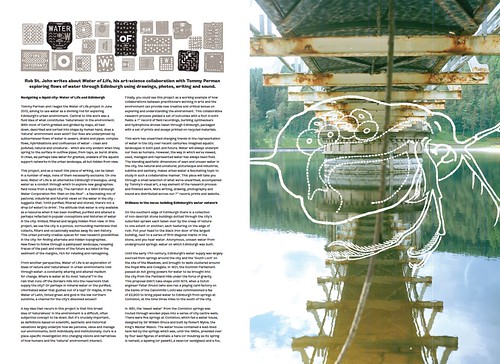 Music and video collaboration between Ultramarine and Heretic for Random Spectacular no. 2. Video design and direction by Studio Heretic. 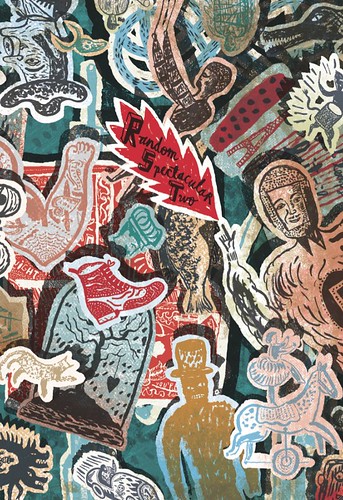 DESIGNerd 100+ is a series of apps and collectible playing cards designed by Kevin Finn (TheSumOf). Volume one’s questions are written by Finn, but two and three enlist the help of big design names from New York – Steven Heller with Lita Talarico and Stefan Sagmeister. 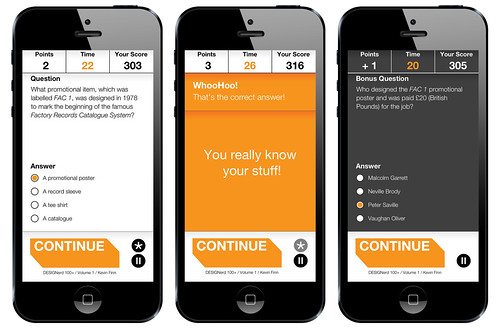 Some questions from version one (free to download in the App store) to test your knowledge:
1. Dot Dot Dot magazine was co-founded by two designers. One of them was Peter Bil’ak. Who was the other designer?
2. In what year was the Nike swoosh logo, by Carolyn Davidson, designed?
3. Who designed the famous rainbow Apple logo? 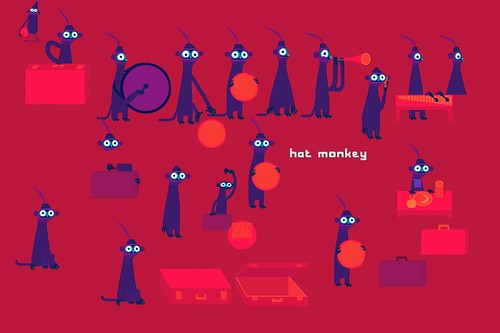 Hat Monkey is the first app designed by author / illustrator Chris Haughton, with music by Matt Wand. Haughton, who wrote the children’s books A Bit Lost, Oh No George and Shh! We Have a Plan for Walker Books, says, ‘I think of books and apps as quite different things. What works well as a story does not necessarily work as an interactive app.’

Hat Monkey is aimed at children under the age of six and the characters are non-verbal – they garble, dance, clap, read, hide behind furniture, play music and respond to the reader’s touch – though written questions prompt each new scene of the app. Hat Monkey is available in thirteen languages including Spanish, Russian and Japanese. You can read about the three-year making process on Haughton’s blog.

Chris Haughton is also the founder of Node, a non-profit business that pairs illustrators and designers with Nepalese carpet weavers to produce beautiful fair-trade rugs (see ‘Node weaving’ on the Eye blog). 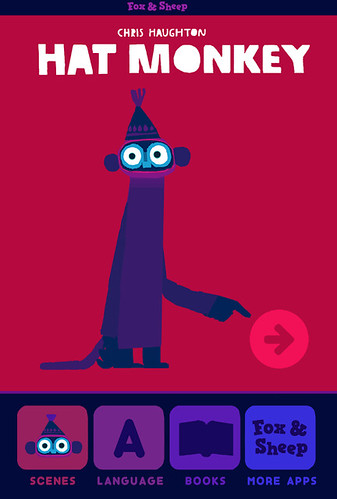 Monocle’s Mediterraneo no. 9 was released last month, the annual summer ‘superyacht-sized newspaper’ with the theme of ‘sun, sea and frolics’. The paper features illustrations by Laszlito Kovacs, Giacomo Bagnara, Alexis Nolla, and Japanese illustrator Cozy Tomato (aka Koji Tomoto), and takes the reader all over the world: to a perfumier in Barcelona; an open-air cinema in Greece; and a Music Forum Village in Rome. This issue includes a piece of short fiction by Anne Zouridi, a murder mystery set in the Greek Isles – the first time fiction has appeared in the magazine.

Eye’s editor John L. Walters and and art director Simon Esterson recently spoke on Monocle Radio’s weekly show The Stack about Eye and other magazines, including Riposte, AA Files, Print Isn’t Dead and The Believer. You can listen to the 30-minute programme here.

Spread from the design section of Monocle’s Mediterraneo no. 9 with photography by Gaia Cambiaggi that features the housing project Pineta di Arenzano designed by architects Ignazio Gardella and Marco Zanuso. 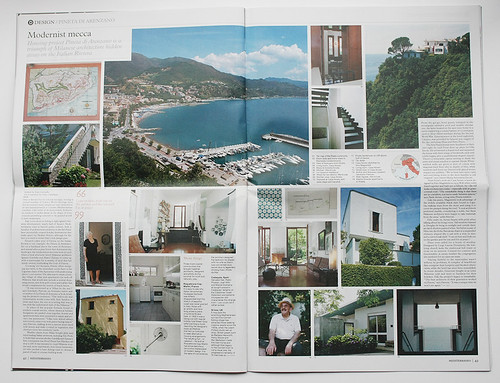 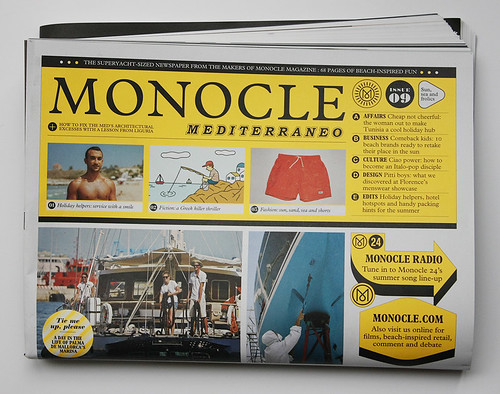