The heights (and depths) of fashion

Moscow’s ‘Changing Beauty’: style is in the eye of the photographer 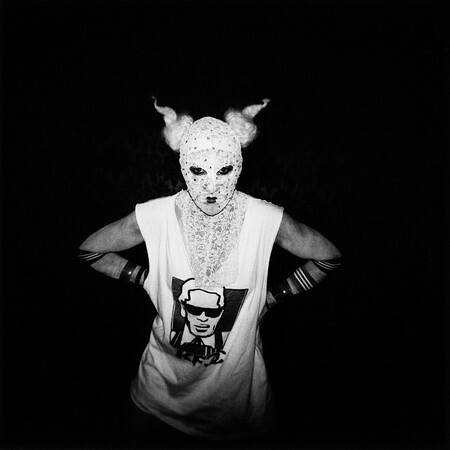 ‘Changing Beauty’ is the theme of the sixth Fashion and Style in Photography biennale, organised by the Moscow House of Photography, with 60 exhibitions across the Russian capital, from the grand exhibition hall of the Manege to the small independent galleries and the GUM department store on Red Square, writes Wayne Ford.

The contrast and interpretation of ‘Changing Beauty’ is vast and complex, and no greater comparison can be seen than through the eyes of three of the photographers exhibited at the Manege. Jacques Henri Lartigue’s ‘Between Sky and Earth’ represents snapshots of the early twentieth century – a time and innocence long since past – whilst the staged snapshot series ‘Family and Friends’, begun in the 1970s by Philip-Lorca diCorcia, draw heavily on the aesthetic of film and advertising photography as their reference point. Erwin Olaf’s video Le Dernier Cri (2006) manipulates the physical appearance of things even more directly, as two women meet and make small talk, the camera and the dialogue slowly reveal that their grotesquely enhanced facial features are the height of fashion. 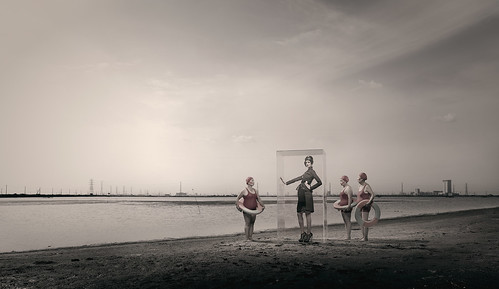 Above: Quentin SHIH The stranger in the glass box NO09 2008

Set within the high fashion emporium of the GUM store on Red Square, ‘The Magazine Projects’ displays a more commercial take on ‘changing beauty’, with a look through the fashion pages of 40 Russian magazines, such as Elle, Menu Udovolstvii, Grazia, Domovoi and Harper’s Bazaar, over the past two years. When viewed alongside the Galerie des Beaux-Arts’ images from the archives of Ogonjok magazine, spanning 15 years from 1951 to 1966, these show a distinct change in fashion, style and political stance.

Each exhibition offers a different and individual perspective of beauty to explore, be it Irina Mann’s documentary ‘Club’ series at the Blackberry Cafe, ‘Closer to the Body: Russian Costume in Photographs’ at the Na Solyanke gallery or Guy Bourdin’s ‘Painter with a Camera’ at the Manege. 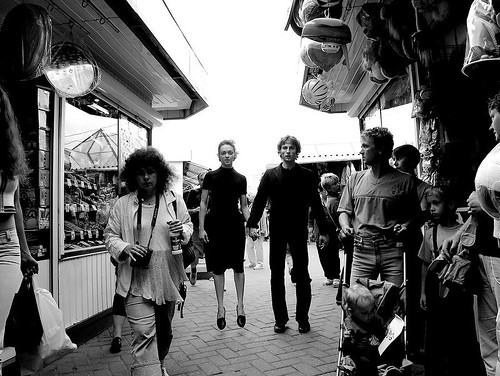 What was once seen as beautiful and elegant is often no longer seen that way, and what we see on the streets today we may find beautiful or repulsive. But ultimately beauty is open to interpretation, which is why this festival works so effectively, giving each visitor something to react too, either in admiration or repulsion. 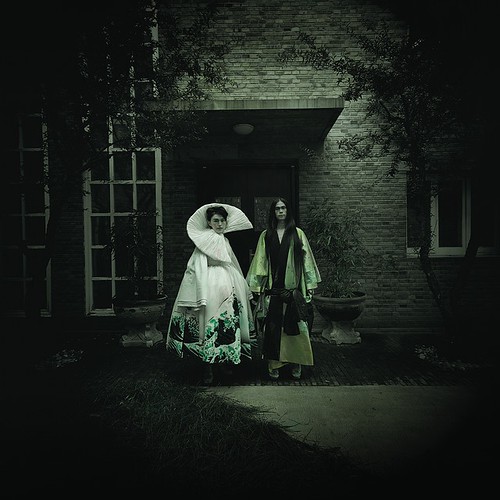 All images from The Sixth International Festival: Fashion and Style in Photography 2009, Moscow House of Photography.

For more about the work of the Moscow House of Photography, see ‘Hunger for the Visual’, by Sue Steward, in Brought to Light, the image supplement with Eye no. 69 vol. 18.