Greenwashing and design in the age of ethical consumption 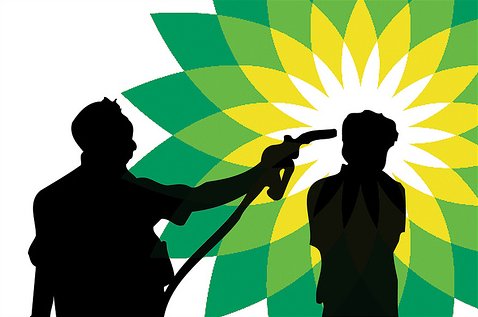 In the contemporary era of heightened green awareness and ‘ethical consumption’, major companies have quickly realised that consumers are looking for greener brands, writes Lynne Ciochetto. Design has played a key role in reinventing company profiles with new environmental messages, and designers should question these claims. 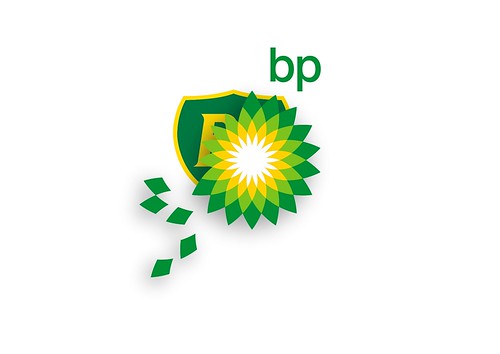 As companies have started using green concepts or claims in their advertising, branding and marketing a trend has emerged called ‘greenwashing’.

‘Greenwashing’ refers to marketing is that is misleading, untruthful or creates false impressions (see Fred Pearce’s column in the Guardian).

Most major consumer brands quickly embraced environmental concerns and formulated policies on sustainability, and proudly displayed them in publications and on their websites (BP, Estee Lauder, etc.) I decided to investigate some of their ‘green’ credentials using the ‘Seven sins of greenwashing’ identified by Terra Choice as a check-list:

Specific product claims to watch out for include ‘natural’, ‘sustainably produced’ or even ‘fair traded’.

I find the most common form of greenwashing to be misleading claims, where companies focus on the green credentials of what amounts to a small proportion of their total business. One example is the Chevron advertisement currently on BBC World News: ‘We’re in the energy business, the people energy Business.’ BP is another oil company that recently redesigned their corporate identity to convey a ‘green’ and ‘friendlier’ image. 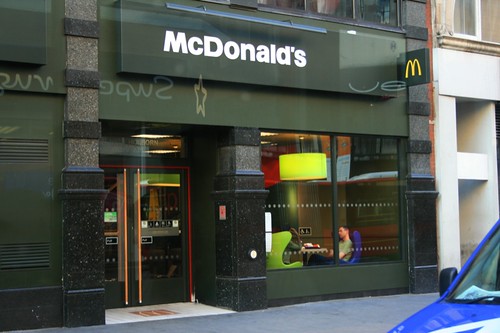 In 2009 McDonald’s changed its logo colour in Germany to green to emphasise environmental credentials and the new logo has already started appearing in the rest of Europe. McDonald’s has made several attempts to change its approach, with ‘fair-trade’ coffee and some recycled packaging. But the company has a long way to go in terms of its core product: the food. McDonald’s sells food that is high in sugar, salt and fat.

Fast food is typically produced by agribusinesses based on monocultural production, monopolies and standardisation. Standardised food production threatens agricultural and biological diversity, with systems that consume ten calories of energy for every calorie of food produced.

In 2002, a report from the Centers for Disease Control in the US stated that childhood obesity and related diseases had doubled in the previous ten years, and specifically cited high-fat fast-food as a cause.

An EU study found that the company running the most ads aimed at children was McDonald's.

Above: Advert for the third-generation Prius: ‘It's harmony between man, nature and machine.’

Toyota makes many claims about its innovative hybrid electric car the Prius, and it has achieved recognition as an innovator because of its investment in hybrids.

However more than 95 per cent of Toyota’s sales are not Priuses. SUVs are a major part of the company’s sales, especially in the US. 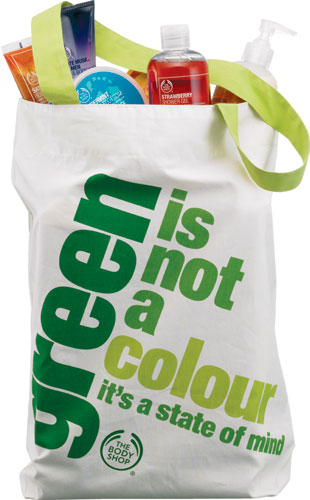 Above: Body bag: ‘green is not a colour’. It’s a not-so-unique selling point.

The Body Shop’s website states that their values include: activate self-esteem; against animal testing; support community trade; protect the planet; and defend human rights. But in 2006 Body Shop was bought by L’Oreal, a company known to carry out animal testing.

Another issue raised by the L’Oreal ownership is whether their marketing and art direction contributes to the lowering of women’s self-esteem, by promoting unrealistic beauty ideals through the use of highly airbrushed and retouched photographs.

Skin whitening cream is another key product category in emerging economies, which contributes to the reinforcement of western beauty ideals and the devaluing of local facial characteristics. (See Mouli G. Marur’s article ‘Fair trade?’ in Eye 66.) 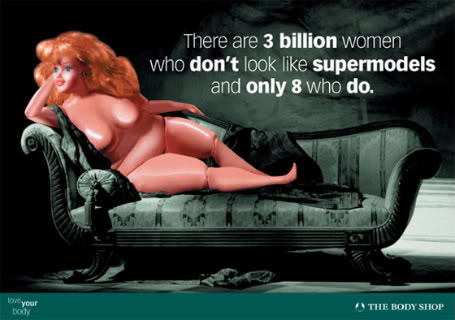 Above: Ruby, a size 16 version of Barbie, was used by Body Shop in the late 1990s to oppose stereotypes of female beauty. ‘There are 3 billion women who don’t look like supermodels …’

Below: ‘… and only 8 who do.’ Some of the company’s more recent branding. 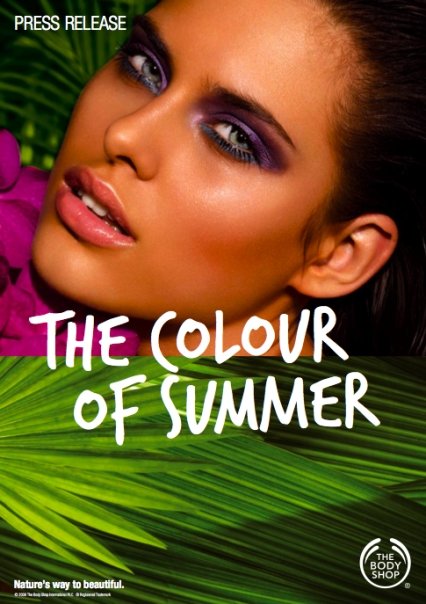 See also ‘Advertising and the globalisation of aspiration’ (Eye 59) and more articles on the Eye blog by Lynne Ciochetto.