Are Asian skin-lightening creams being whitewashed for the west? 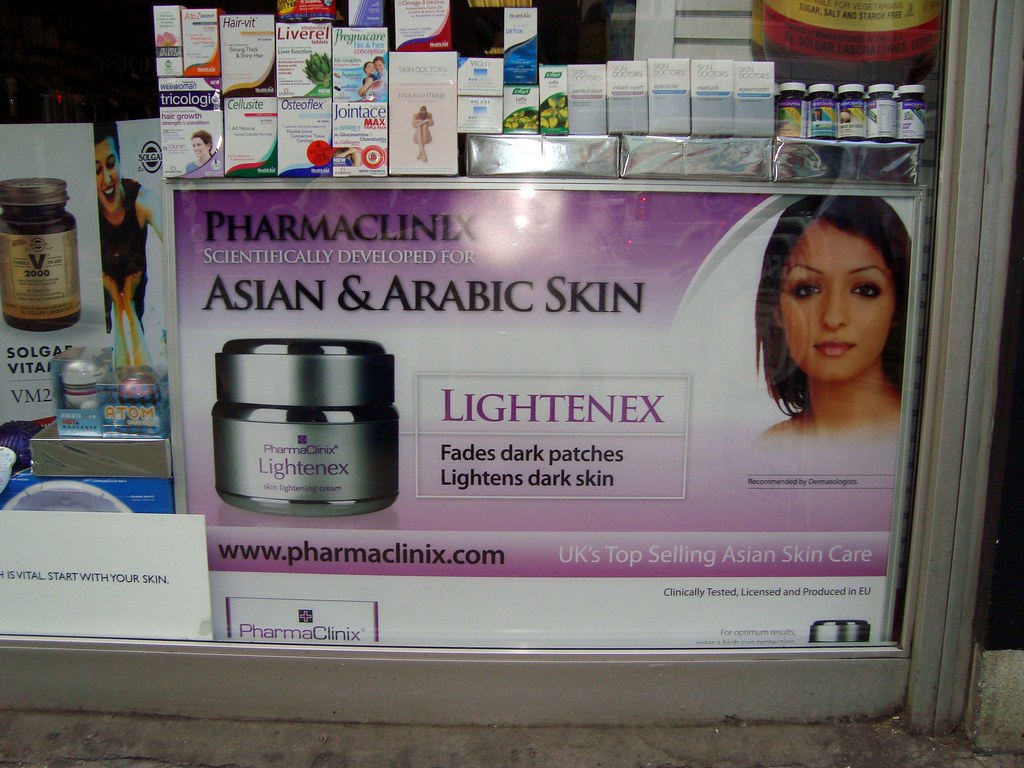 In the recent era of globalisation of business, the cosmetic and personal product manufacturers are amongst the world’s largest advertisers, writes Lynne Ciochetto.

These companies have responded to values that appear to be shared across a diverse range of cultural groups in Asia. That value is based on feudal social distinctions where peasants who worked in the sun had darker skins and the elites, who followed indoor pursuits, had paler skins.

This has been especially true for women where pale skin became a key criteria of beauty. In the internationalising world of the past two centuries, this traditional value was overlaid with colonialism and foreign (pale-skinned European) power. 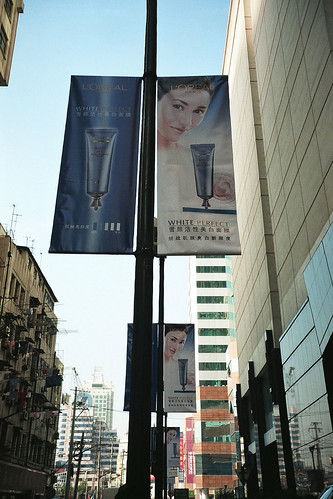 In the post-colonial world where the power of the former rulers is slipping, a pattern of reverse colonisation seems to be taking place. This is especially true in the major capitals and London is no exception. There are areas of London where racial groups have obvious dominance, Edgware Road and the N and NW inner city being examples. These groups have their own consumer preferences and skin whitening cream is among that profile.

Consumer multinationals are more sensitive to mainstream British culture, (and laws), so they are not blatant enough to show television commercials that associate paler skin with better career advancement or improving your marriage prospects (see below) as they have done in India.

Skin whitening cream is ‘whitewashed’ and promoted as removing shadows under the eyes and hiding blemishes. The message, however, remains the same. 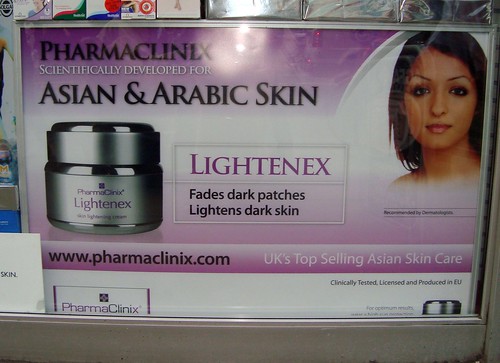 Read more articles on the Eye blog by Lynne Ciochetto.

Eye, the international review of graphic design, is a beautifully printed quarterly magazine, available from all good design bookshops and at the online Eye shop, where you can order subscriptions, single issues, bargain Classic collections and single back issues. The summer issue, Eye 76, out now, is a music design special – full contents here. You can see a selection of visual details in Eye Before You Buy on Issuu. Student subscriptions are half price, see bit.ly/EyeStudentOffer.